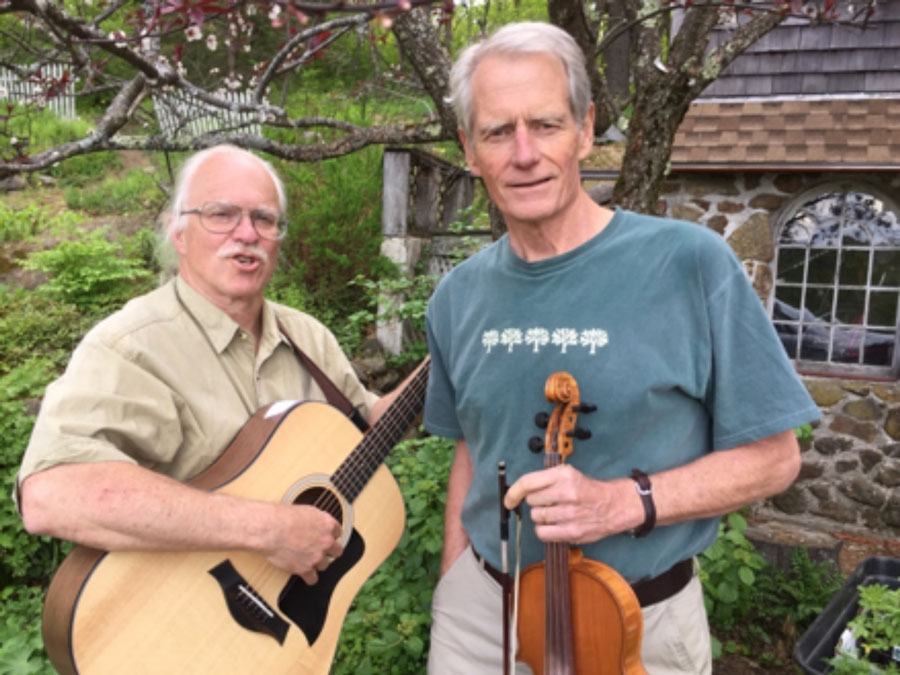 The sadness and misery of war is a subject touched on in hundreds of songs in American folk music. Folk songs are also used to celebrate the simple joys and comforts of life. Jeff Davis and Gordon Peery will present a concert including both categories of songs, as well as a few fiddle tunes thrown in for good measure. The concert will include some seldom heard songs which have special connections to the Monadnock region.

Jeff is one of America’s most respected collectors and interpreters of traditional music. He has traveled far to visit “source singers”…farmers and miners who remembered the old songs and tunes–and closer at hand to libraries and archives, always look for the best of the music that was once common in out towns and villages. Jeff plays fiddle, banjo, mandocello, guitar, spoons, jaw’s harps and a few instruments hand-made by some folk craftsmen. He has toured extensively throughout the United States and to festivals in Canada, England, Ireland, The Netherlands, and Norway.

A trademark of Jeff’s concerts is the commentary and context he provides for each song. The audience can expect to be both entertained and educated.

Local musical hero, Gordon is a master of accompaniment that is subtle yet innovative, providing new perspective for old music.

There will a fun pot luck cocktail party before the concert at the home of Marcy Tripp and Ted Graham, 126 Main Street, 5pm. Tickets $15, children free

The Old Meeting House is at 1 New Boston Road, Francestown.